Here’s some pics of the current setup.  The auction is June 1rst.  Everything you see is getting sold.  It isn’t totally set up yet, we will be getting product in from consigners and buys up through the week before the auction. 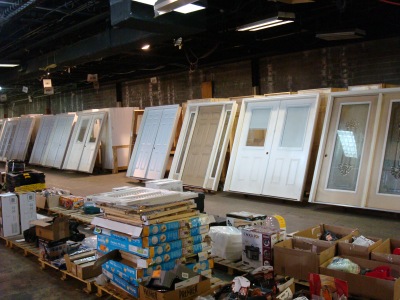 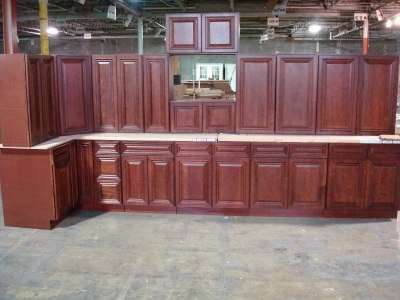 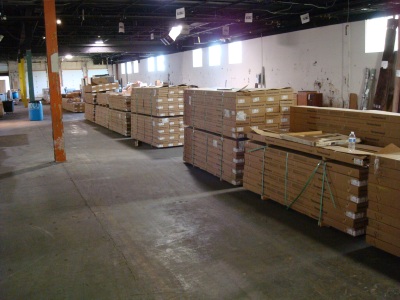 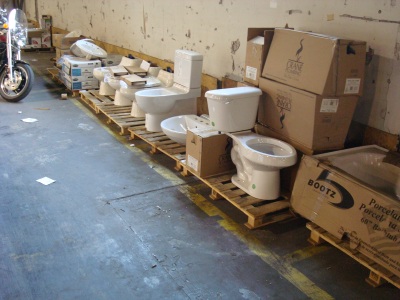 These are shots of the program that we’re using.  One of the guys developed it, it’s an online program  called Gavelbooks that anyone can use, (for a fee, of course), the first pic is the opening page.

The next pic is mainly what we use for clerking.  My supervisor, Melanie, knows all the ins and outs of the program, I don’t know everything about it yet.  I was hired to be the backup paper clerk back in August because there were a few problems with the program.  As the problems were worked out, I started using the tablet to clerk with.  I’ve only worked 2 auctions with the TPT so far, but I’m getting the hang of it.

The bidders can see their buys on their smartphones by logging into their account within Gavelbooks.  At the end of the auction we print out their receipt and a pick ticket and we have loaders that pull their product and load it for them.

When we’re clerking, it goes pretty fast and we have to keep up.  Melanie uses an ipad and   I did too for the first one I clerked.  I bought the TPT and it works very well.  It would be neat to see what a full blown tablet could do with Windows 8. 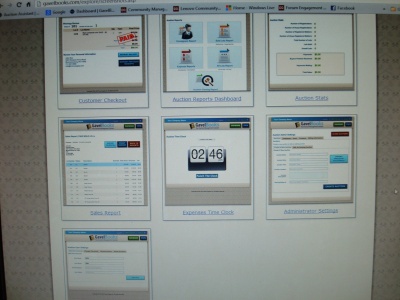 From these options in the program, we can generate reports such as, which consigner items sold and for how much, cost and profit of anything that was  sold, and after the auction these can be brought up using touch tablets.

Melanie is assigning lots to the merchandise using the TPT1 using only touch.  She takes a picture of the lot and the lot is saved to the program.  This can then be used to generate an auction catalog which can be printed out for the bidders. 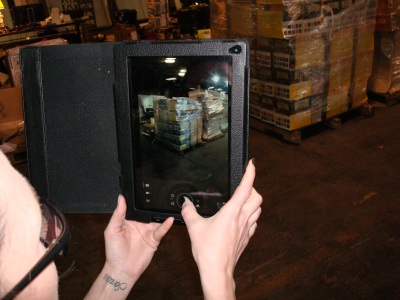 These are pictures of Melanie and I actually clerking the auction using tablets with only touch. That’s me in the green shirt clerking with the TPT1 and also holding up a Tony Hawk digital skateboard while Melanie clerks with her ipad. 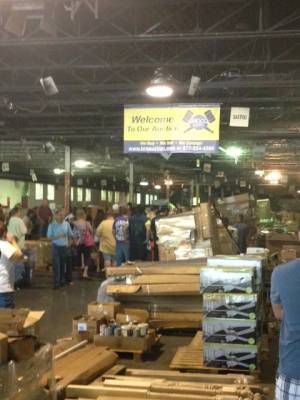 We’re somewhere in the middle of that mass of bidders.